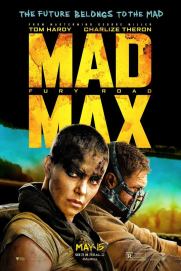 In a future desert wasteland where gasoline and water are luxurious commodities the protagonist Max Rockatansky ‘Mad Max’ (Tom Hardy) gets captured by cult leader Immortan Joe (Hugh Keays-Byrne) holder of nearly all of the wasteland’s water, who sends his imperator Furiosa (Charlize Theron) in an armored truck to get gasoline and ammunition from other towns. As soon as Joe notices that Furiosa is committing treason by getting away with all of his prisoner wives he sends his whole army after her. Max who is being used as blood transfusion bag for one of the soldiers manages to get free, join Furiosa and then try to fight back Immortan Joe with her.

This fourth movie of the Mad Max saga, written and directed by the mastermind George Miller who already created the old Mad Max trilogy in 1979-1985, is guaranteed to be the best big-screen spectacle of 2015. AWESOME. It seems like if this word has been created to describe Mad Max Fury Road. ‘How do we make an awesome movie? Let’s do it like Mad Max Fury Road!’ This is what future generations of filmmakers will say. This Mad Max movie just feels really fresh and –sorry but I have to repeat it again- AWESOME. The landscapes, the music, the colors, the costumes, the cars and THE EXPLOSIONS. When I watched this movie I noticed that I’ve never seen an explosion in real life. Only in movies. And Mad Max shows that these explosions are totally fake! Only this movie has shown me realistic explosions like these. Mad Max simply uses a 2 hours pursuit with a lot of tension, speed and massive destruction that feels as real as never before. The whole movie feels absolutely perfect in its action and style. It has a very unique style indeed and it manages to keep it through from its beginning to its end. 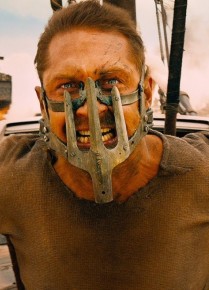 Tom Hardy acts very well. As Mad Max he has a lot of screen time but only very few words to say during the whole movie. He masters that very good with his minimalist acting, working only with smooth facial expressions and gestures, that transmit a lot of information to the viewers, that’s something that only very few actors are good at. 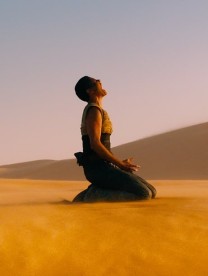 Charlize Theron is starring this movie as much as Tom Hardy but her role seems clearly more important to the plot than Mad Max’ role. Her role is very emotional and she masters it with excellence! Clearly one of her best performances since her Oscar winning performance in ‘Monster’.

This movie has no great story to tell and no great message to transmit. But its an absolute visual and acoustic beauty that shows us the art of movie making in its best! Very possibly the best action movie I’ve ever seen!