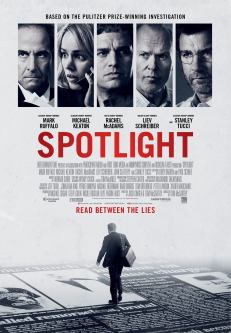 The Boston Globe newspaper hires a new director (Liev Schreiber) who tasks Spotlight, an investigative journalist team composed by four members (Mark Ruffalo, Michael Keaton, Rachel McAdams and John Slattery) with re-opening a case of child sex abuse by a catholic priest in order to be able to write more about it than just a single column. Initially believing that they are following the case of only one priest who has been moving around several times, the Spotlight team begins to uncover an organized pattern of sexual abuse of children by Catholic priests throughout Boston. The cover-up keeps ongoing and the Team discovers that the issue they are investigating could even reach a worldwide repercussion…

This Oscar winning biographical drama film directed by Tom McCarthy and written by McCarthy and Josh Singer, telling us the veridical and thereby frightening story of the up covering of this worldwide known drama in the Catholic institution, in year 2002, is one of the very few films that know exactly what they want to do: Tell a story as accurately as 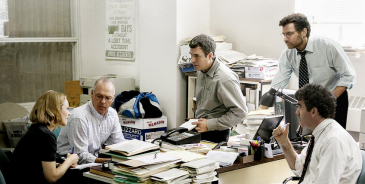 possible. The movie doesn’t try to look fancy, it shows no great costumes, no great make up, no great scenarios. No character stands out through his clothes and the movie is mostly shot in closed rooms like offices. It just focuses on one thing: Telling it’s story through dialogues.

And all dialogues are awesome. Although the movie is not short it keeps a great rhythm only with it’s dialogues and it’s music in transitional scenes. The dialogues manage to deal with all bureaucratic subjects, as well as 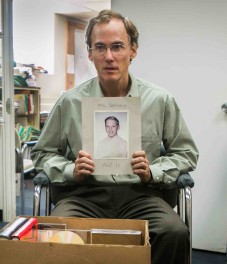 with all the ethical ones. But it’s the ethical perspective that makes the difference in this movie. Listening to child sexual abuse stories told by the very same victims is simply barbarous for a human mind. 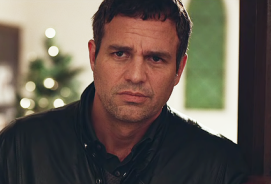 Ruffalo, who plays the most emotional journalist in order let the viewer identify in his role.

Spotlight clearly won the Oscar for best picture thanks to it’s perfect script, solid ideal and acting performances and its simple but perfect shots. The movie has simply no issue at all, this story couldn’t have been brought to the big screen in a better way. 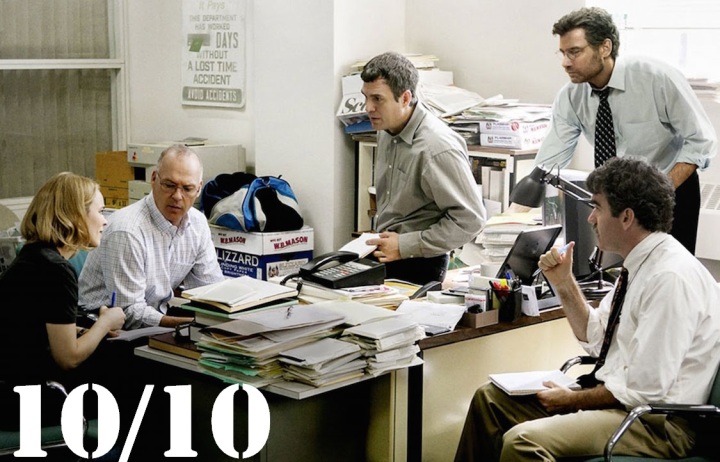