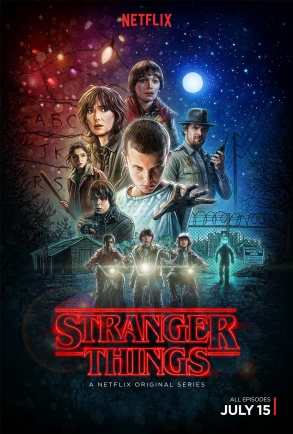 During the 80’s the government is conducting shady experiments in the power plant of a small village in the US. The same night something seems to have turned wrong in the plant, young boy Will (Noah Schnapp) disappears after seemingly being attacked by something unknown. During the same night, Eleven (Millie Bobby Brown) a mute girl of approximately the same age as Will appears in the village where no one seems to know her. While chief officer Hopper (David Harbour), Will’s mother (Winona Ryder)  and Will’s brother (Charlie Heaton) start organizing research groups for Will, his best friend Mike (Finn Wolfhard) tries to hide Eleven, who is for some reason being chased by the government and somehow knows what happened to Will…

Stranger Things is an American science fiction-mistery series directed by the Duff brothers and set in the fictional town ‘Hawkins’ during the 1980’s. It is a clear homage to that decade’s pop-culture, being clearly aesthetically inspired by famous works of Steven Spielberg such as E.T. or Super 8. Why would this show be set in the 80’s and made with that style? Is it because of the UFO sighting and sci-fi trend in those years and because the Duffer brothers just love the movies of that decade? I don’t know. But at least this series DOES know what it wants to be and does it perfectly well. 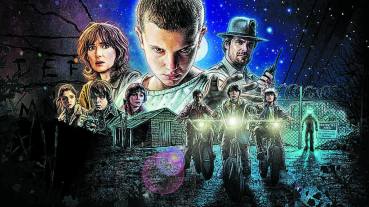 The 80’s setting is definitely perfect for this show! The innocence of younger people back then. The important role of sciencee through the cold war. A time of scientific discoveries that went even above the expectations by that time. It was a time when the gap between scientific knowledge of civilians and the one of scientists was way larger than nowadays. A time in which normal people couldn’t even try to find an explanation for the paranormal events happening in this series. Only children could, thanks to a lot of fantasy. And thats most likely one of the reasons why most of the main characters of this show are only high school students.

Even though most of the children in this series are really annoying because of their bad
acting, there are two exceptions: Finn Wolfhard does well as Mike and Millie Bobby Brown does STUNNINGLY well as the mute like, shy, but still mystically frightening Eleven. Remarkably good performances were also 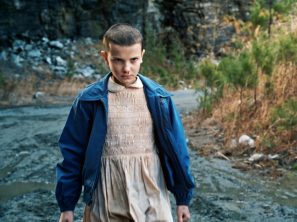 those of David Harbour as the heroic Chief officer, pushing the plot forwardand of Winona Ryder as the turning crazy mother of her disappeared child.
Sadly i cant say too much about the plot without destroying too many ‘AHA’ or ‘OMG’ moments for those who haven’t watched this masterpiece yet. All i can say is that this mixture of mystery and sci-fi, done as well as that, is perfect to create an insane feeling of suspense.
During the first episodes you still don’t know what to expect, but you know that you can expect everything. And that is really frightening.
And catching! 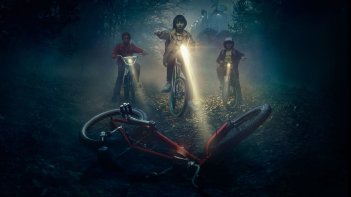 As i said: This series is an absolute masterpiece. It creates mystery but solves it in a satisfying rhythm. With it’s just 8 episodes of around 50 minutes each, the series feels like a long suspense movie, without creating the feeling of it being stretched to length. Except for the cast of some young characters this show made everything perfectly and i’m happy to see season 2 in 2017! 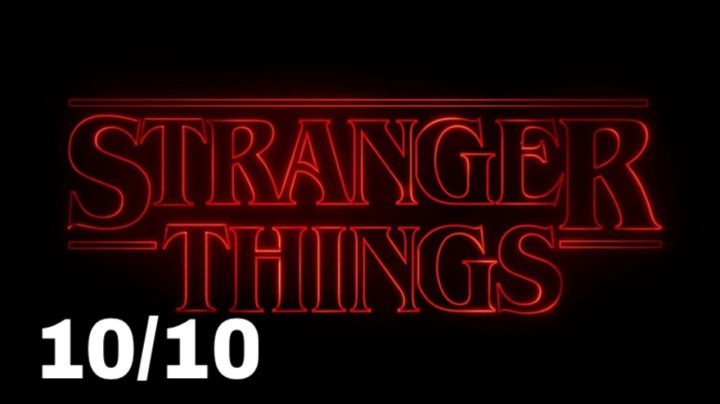